Deal or No Deal Live 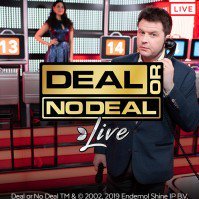 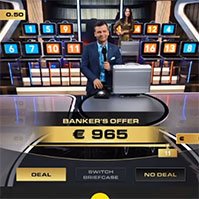 The world’s leading producer of live casino games has once again created a stir in the online gaming industry, as usual. This time it’s because with the release of the brand new Deal or No deal which players can now play this world famous game without even having to leave their homes allowing a massive amount of users to enjoy the thrills and anticipation that is part and parcel of this iconic game. Having gained immense popularity since its inception, there is no doubt that the game will certainly become a fan favourite as time goes on.

Deal or No Deal Live
Play This Game Here:

Evolution Gaming’s Deal or No Deal

Redefining the live casino environment is at the top of Evolution Gaming’s list and they have gone leaps and bounds ahead of their competitors with regards to Deal or No Deal. By offering an immersive experience to players this is only the tip of the iceberg when it comes to live entertainment offered by casinos.
The CEO of Evolution Gaming said that he wanted to stay true to the Deal or No Deal show by implementing the presenter and the thrill and excitement of the suspense of the banker’s offer, and at the same time, having it as a live game for online players.

Deal or No Deal Playing Tips

There are a total of 16 boxes in the game; each box holds a specific numeric amount inside of it. As you should know the object is to end up with the box that holds the highest value at the end of the game. Throughout the game players will be offered a counter deal by the banker, the amount offered is all dependant on what values are still left on the screen or should we say in the boxes.
There is in fact no specific way to increase your odds of winning at Deal or No Deal. This is the exact reason why this is such a thrilling game. The mere idea that everything is based completely on luck seems to get players all the more excited and should you manage to land a big payout you will be ecstatic, therefore encouraging players to have another go.

Deal or No Deal Advantages and Disadvantages

This is a game of risk and players who are familiar with the game will understand. The amount that can be won could easily be a life changing sum of money, however, in the same token players could end up with the heart breaking amount of merely 1 Pound. This is actually the first live game show that runs 24 hours a day and 7 days week, meaning players from all over the globe can enjoy their favourite game show anytime they please. The state of the art user interface ensures seamless game play as well as some of the most sophisticated viewing and audio settings yet devised.
As with all new games released by developers there will certainly be some kinks that may need to be ironed out, as of yet though, there has been nothing of this nature mentioned and even if it was, Evolution Gaming have a knack for sorting issues out record time in order to retain their already massive market presence.

Our Take on Deal or No Deal Live

The mere fact the game perfectly captures the essence of the hit TV show, Deal or No Deal, is inspiring to say the least. The sheer mystery and suspense Evolution Gaming has been able to achieve is almost exactly like the show itself. Another fantastic addition to game that ensures it keeps to its roots has to be the fact that should you wish to just be a spectator of the game you can do so. The fact that there is a lucrative amount to be won coupled with an enthusiastic and charismatic show host definitely make this a game to play at you favourite NZ online casino. 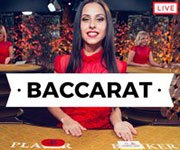 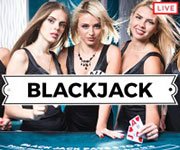 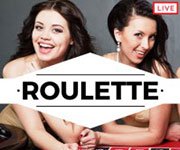 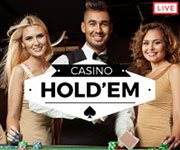 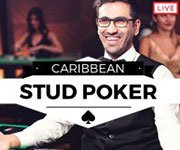