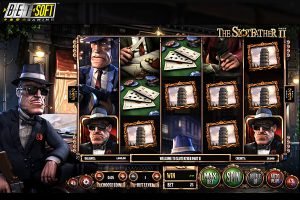 BetSoft has absolutely no problem standing out in the crowd- which is actually quite hard to do in the somewhat flooded online casino industry. The way that BetSoft does this is through visual appeal- their graphics are truly out of this world and there isn’t many other software companies around that can compare to them. While BetSoft definitely pays a lot of attention to their out-of-this world, 3D graphics, it does not forget about its technical aspects, bonus rounds and of course their mighty jackpots.
In this review we take a look at where BetSoft started, where they are today and as well as some of their very best features. There star attraction is most definitely their SLOTS3 series of slot games that take gaming to a whole new level. But they do offer more than just that. Let’s see why so many online casinos have added Betsoft to their list of software providers.

Where it all Started for BetSoft

BetSoft was established just before the change of the millennium- in 1999. It’s fairly early start made sure that it got a head start in the highly competitive online casino industry. Presently, Betsoft is a well-known software provider to many of the best online casinos, thanks to their near-decade of hard work and dedication.

Over the years, the Betsoft company has grown in strength and numbers to include multiple partnerships produce well over 100 games. Some of their best partnerships and alliances include those with BET365 and NYX, which made some years ago and have gone from strength to strength. Betsoft as a company appears to made up of born strategists and their strategic thinking has not gone unnoticed.

Betsoft have come to be considered trail blazers in the world of 3D slots as their famous SLOTS3 series of exceptionally well animated slot games gained worldwide popularity. Their SLOTS3 series is most definitely their best known work and it has been marvelled at by many experts. Graphics are a key element of any slot game and having excellent graphics draws in all sorts of gamers and players.

Betsoft have also won numerous awards over the years.  They were finalists in the ICE Totally Gaming 2012 awards for the category of Best Online Product.

You can rest assured that Betsoft has only the very best security measures in place- after all they have a reputation to uphold that would be awfully tainted by just the slightest security scare or scandal.

Furthermore, Betsoft is licensed through Alderney, one of the very best software regulators in the world. Alderney dies all of BetSoft’s regulating and BetSoft’s games are checked for irregularities by additional third parties. Audits for Betsoft are done by Technical Systems Testing, or TST, a highly respected company in their own right.

Like most other online software developers, Betsoft also makes use of RNGs, or random number generators. These are used to make sure that each and every one of Betsoft’s best online pokies are completely fair, random and in no way rigged to favour certain players over others.

BetSoft is undoubtedly one of the best software providers of all time! Since they opened their doors in 1999 they have done nothing but continue to prove themselves worthy of their position in the industry by continuously releasing new games that were better than the last.

With each new game they release, you can count on the visual and graphic quality to be of the highest level- stunning and impressing throughout the game, with awesome animated segments when you make big wins or during interactive bonus rounds.

This fun aspect of Betsoft is most definitely one of the reasons why they have so many fans. And Betsoft truly loves and appreciates their fans and has kept them safe by following all the necessary regulations by continuously updating their security measures for the sake of their players.

In this Frequently Asked section of the review, we hope to shed some light on some of the common questions surrounding Betsoft.

What are some of Betsoft’s most popular games?
BetSoft’s most popular games are undoubtedly the slot games that make up the SLOTS3 series. There are 30 slots in total, with truly something for everyone as they have covered many different themes and styles. The reason for these games immense popularity is the exceptionally high quality of the 3D graphics which blew players away when the games first came out.
Does Betsoft only develop slot games?
Due to the popularity of their SLOTS3 series, many people to associate Betsoft exclusively with slot games. And while Betsoft’s focus is mainly on slot games, that is definitely not all they produce. They develop and produce a variety of exciting table games that are popular at many different casinos. They may not be as visually exciting, they still offer amazing quality and should definitely be checked out.
Where can I play Betsoft Games?
Betsoft is hugely popular in New Zealand, with hundreds of loyal fans. If you are one, or wanting to become one of them, you can play BetSoft games at the casinos shown in the table above.
Are BetSoft Games Mobile Friendly?
While some of BetSoft’s earliest games may not be mobile friendly, all their most recent games can be played from the comfort of your mobile phone- with the games being compatible with IOS, Windows and Apple devices. It is important to play these games through a casino that does have a mobile selection otherwise you may not be able to access them through your smart phone.