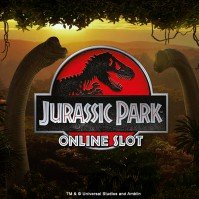 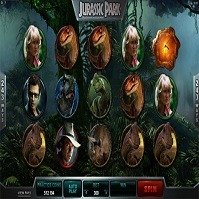 250 Million years of history and evolution have brought us to this point. From fossils to pixels, Microgaming has ignited the imagination of New Zealand online pokies fans and around the world through their adaptation of the 1993 classic Jurassic Park. Directed by Steven Spielberg and starring Jeff Goldblum, Sam Niel and Richard Attenborourgh, Jurassic Park was a visual and audible movie masterpiece, winning several awards in its days.

Now, through their Parallax Scrolling developments, Microgaming has once again flexed their industry muscle by utilizing the original Jurassic Park theme, with its dinosaurs, characters and music and infused their own brand of gaming initiatives to create a game capable of capturing any gamer’s attention.

One of the first of its kind, this game makes use of the Parallax Scrolling feature. Through this feature, players can focus on their 5×3 reels with 243 ways to win while the background tours a detailed jungle with dinosaurs of all shapes and sizes go about their business. Additionally, each free spins bonus game brings up its own background tour. Instead of the standard J, Q, K and A, the games symbols are all dinosaurs and characters from the movie, with an amber encrusted mosquito and the Jurassic Park logo completing the set. Visually this game sets itself apart and the score of the original movie playing in the background is an authentic addition to boot.

In the base game the Jurassic Park logo acts as a wild, appearing stacked on all reels. The logo substitutes other symbols to complete winning combinations. The symbol of the mosquito in amber acts as the scatter, triggering the free spins bonus game when three appear anywhere on the reels. There are four different free spin bonuses available, each offering its own wilds and multipliers. Coin values run from 0.1 to 0.25 with bet values running from 0.3 to 0.75.

While not the largest maximum ever seen, the maximum on offer in Jurassic Park is 6000 times the stake. Fortunately this can be won in the base game, T-Rex bonus game and in the free spins bonus.

A Park of specials: a choice of 5 specials

The Velociraptor Bonus offers Multipliers and Split wilds. The Velociraptor symbol appears stacked during the bonus. Wild symbols can give a 4x, 5x or 6x multiplier. Also, they can split into two, creating new winning combinations.

In the Triceratops Bonus the Wild stack grows by one with each spin. The Triceratops symbol appears stacked. Non-winning spins cause a full stack of wilds on any Reel and a re-spin with the wilds fixed in place.

The Brachiosaurus Bonus offers a mystery multiplier. Wins can be multiplied by 2x to 6x times. This round can be re-triggered and the Brachiosaur symbol appears stacked on the reels.

The Tyrannosaurus Rex Bonus has Wild Reels. The T-Rex symbol appears stacked during this round and may turn up to 5 reels completely wild.

Additionally there is a randomly triggered T-Rex Alert bonus round triggered by the roaring of a T-Rex. During this bonus the player is awarded extra wilds for 6 paid spins, up to 35 wilds.

Themed Microgaming pokies are usually a popular choice and it’s easy to see the Jurassic Park slot becoming one of those popular games. With the stunning aesthetics and combination of decent returns and exciting bonus games there is plenty to keep players hooked. 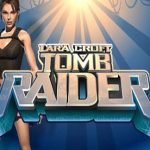 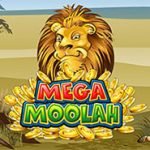 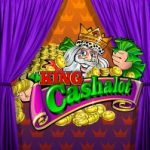 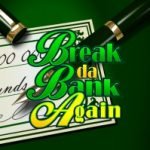